Last week was National Carer’s Week. Apparently. I found this out quite accidentally when someone mentioned it at church after a family baptism (more on that later).

*Makes mental note to contact Carer’s Association about their PR*.

Apparently,  we were meant to be celebrating carers. Which is odd, because the people being cared for most probably can’t organise anything,  even though they are very grateful, and those doing the caring are just too damned tired to organise their own celebratory morning tea, or shout it from the rooftops.

However in the spirit of acknowledging carers week, I like to think I celebrated early because for three weeks before this I was NOT looking after dad, and had a little holiday.

I needed a break, and a long one; not just a long weekend. I needed not to have to think about ulcer dressings, transport to and from church, buying special cheese, trips to the doctor and physio, cooking meals, and all the other things I do for dad.

I needed not to be looking at my watch at 7.35am, hoping that Dad has just forgotten to call at 7.30am as he does every day (just to let me know he is up and about!).

I went overseas.  To a different country, and a different timezone. It would not have been possible with my village – but especially my sister, who came to stay for all but the five days of the three weeks I was away. 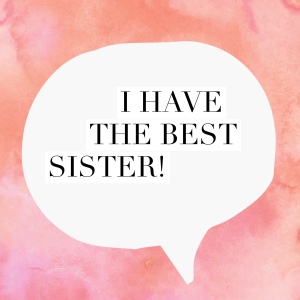 She, together with the regular help from Five Good Friends, and additional help from them on those extra days, and my husband, I had a complete and total break form the ‘every day’.  I went away with a friend, both abandoning husbands and children, for three weeks in the UK.  The bonus is that most of that time we spent with Dear Old Dad’s brother, my Uncle, in Cornwall and Wales. It was heavenly.

I read a quote once that said something like ‘You don’t know how heavy the burden is, until you no longer carry it’.  And that is true.  I look back on the photos of that holiday and I see that in the first few days my smile did not reach my eyes.  By week two that had all changed.  I felt lighter, and definitely more relaxed.

You see in order to get away, the preparation and organisation required was enormous- even for a very prepared and organised person.  The week before I was to go away Dad’s ulcer had become infected and a whole new dressing regime was required – so I was typing out instructions with photos of the different steps required in the days before I left.  He needed a new phone, so I set up all his regularly called numbers and SOS call button.  Plus a colour coded tabulated document with day by day activities and phone numbers of every person who may possibly be needed.  [Plus I had a dated, colour coded day by day itinerary for my holiday – naturally].

The best things about the holiday other than me just having one, sharing it with a friend and my darling Uncle – watching boats in the harbours of Cornwall, and the beautiful scenery in Wales, visiting the birthplace of the Mitford sisters, having afternoon tea at the Wedgwood factory (OMG!), lunches at two Michelin star restaurants (I won’t go on)?

One is that while Dad was anxious about me going away, and being alone for a few days, it was good for him to have a change of scenery in terms of people seeing him every day, and he coped very well with all the changes. Resilience is still one of his strongest character traits.  But the best thing is that I came back refreshed, and ready to get straight back into life at home, including caring for Dad.  I arrived home from London at 8am; by 9am I was down at his house, changing his ulcer dressing, and telling him about my trip, and good times with his brother, my Uncle.

2 thoughts on “Not Looking After Dad”